This section is Presented by PayPal
Crypto roundup: Also, U.S. launches crypto enforcement team and CoinSmart gets regulatory approval from OSC
A recently launched meme cryptocurrency named after Netflix’s popular capitalist satire Squid Game surged as high as US$2,861 on Monday before its hopeful holders had the rug pulled out from under them.
SQUID was marketed as a “play-to-earn” cryptocurrency, which ostensibly could be used for a new online game inspired by the television series, itself about people forced to play deadly games for cash.
The online game was set to launch in November, with investors promising buyers that they would be rewarded with more SQUID tokens upon launch.
After surging to a market cap of just over $2 million, according to CoinMarketCap, the price plunged to zero on Monday when the creators abandoned the project and took off with an estimated $3.38 million in investor funds.
While so-called “rug-pulls” have plagued the crypto space, as Gizmodo reported there were in this case numerous red flags. The token’s three-week-old website, now gone, was filled with spelling mistakes. Their Twitter account, which has also disappeared, did not allow replies. The biggest tell, however, was that investors were only able to buy, not sell, the token.
The media may have fanned the flames as well — numerous outlets reported on the cryptocurrency’s 83,000 per cent rise over the past several days.
CoinMarketCap itself warned customers to “please do your own due diligence and exercise caution while trading” should they buy the token.

Recent months have seen increased interest from the U.S. federal government regarding crypto regulation, including plenty of brow-furrowing over whether or not stablecoins should be registered as securities. So it wasn’t exactly a huge shock to see the Department of Justice’s posting seeking a director for their newly announced National Cryptocurrency Enforcement Team.
The application, posted on USAJobs , which is the federal government’s job board, is looking for someone who will lead “a team of experienced prosecutors investigating and prosecuting cryptocurrency cases as a central part of a nationwide enforcement effort to combat the use of cryptocurrency as an illicit tool.”
The team itself was announced last Wednesday by U.S. Deputy Attorney General Lisa Monaco, who said it would be comprised of anti-money laundering and cybersecurity experts, according to Reuters .
“Cryptocurrency exchanges want to be the banks of the future, well we need to make sure that folks can have confidence when they’re using these systems and we need to be poised to root out abuse,” Monaco said. “The point is to protect consumers.”
The director will have to work with agencies like the Financial Crimes Enforcement Network (FinCEN), the U.S. Securities and Exchange Commission (SEC), as well as intelligence agencies and the private sector. As well, they’ll need to focus on “building and enhancing relationships” with cryptocurrency-focused Assistant United States Attorneys and prosecutors with other Departments.
The ideal director must have a law doctorate, at least five years post-doctorate experience, five years experience as a prosecutor handling criminal matters, knowledge on white collar and money laundering statutes and of course knowledge on blockchain tech and crypto.
All that will net the successful candidate between US$144,128 and US$172,500 per year, plus benefits.
The Toronto-based crypto exchange CoinSmart Financial Inc. has become the latest Canadian platform to be cleared to operate as a restricted dealer through the Ontario Securities Commission (OSC).
Wealthsimple was the first in August 2020, followed this year by Coinberry Limited and Netcoins.
CoinSmart, founded in 2018, allows for the trade of tokens such as Bitcoin, Ethereum and Dogecoin. It also claims to be the first Canadian exchange to be regulated by the Financial Transactions and Report Analysis Centre of Canada (FINTRAC).
“With the digital asset industry growing at such rapid rates, this registration allows CoinSmart to continue expanding our operations in Canada and offering Canadians the best trading platform service in the country,” said CEO Justin Hartzman. “As one of the first crypto companies in Canada to be registered under securities laws, CoinSmart is now strongly positioned to continue to grow alongside the broader industry.”
CoinSmart claims this exemption will help the company further a number of objectives, among them a listing on the NEO Exchange, a mobile app, adding more crypto to its platform and a future listing on a European exchange. As well, there are plans to expand operations to as-yet unnamed jurisdictions.
Currently, the exchange accepts customers from over 40 countries.

Last week during video game giant Ubisoft’s Q2 earnings, CEO Yves Guillemot revealed that the company intends to introduce blockchain-centric gaming. While they’ve given no timeline for this development, the French firm had previously joined the Blockchain Game Alliance in July.
The company has been investigating blockchain use via its Strategic Innovation Lab since 2018. In October, the company also backed Animoca Brands, the owner of the Ethereum-based metaverse game The Sandbox, in a US$65 million round of funding. This led to a US$2.2 billion valuation for Animoca.
“Blockchain will enable more play-to-earn that will enable more players to actually earn content, own content, and we think it’s going to grow the industry quite a lot. We’ve been working with lots of small companies going on blockchain and we’re starting to have a good know-how on how it can impact the industry, and we want to be one of the key players here,” said Frédérick Duguet, Ubisoft’s CFO.
Games like Axie Infinity have made over US$1 billion in sales since incorporating NFTs, but this would be a first for a mainstream gaming company to make such a move into the blockchain.
“This long-range exploration ties in with Ubisoft’s constant search for innovation and new ways to empower players as true stakeholders of its worlds,” the company said.
This move stands in stark opposition to Valve’s October decision to ban any games built on blockchain technology or that allow crypto or NFT exchange from Steam, its video game distribution service.

Paraguay is emerging as a potential destination for crypto miners in the wake of China’s crackdown on mining earlier this year, and the country’s massive ITAIPU Hydroelectric Dam is a big part of the appeal.
Last week, Chinese-headquartered Future Fintech, a blockchain-based e-commerce business and fintech service provider, became the latest to indicate interest in setting up operations there.
In a statement , the company has received official invitations from Paraguay’s Minister of Social Development Mario Varela and the mayor of the city of Coronel Oviedo to discuss building a crypto farm there.
“We plan to carefully assess this development opportunity in Paraguay,” chief executive Shanchun Huang said in a statement. “We will work with our local consultant to review Paraguay’s hydroelectric power and clean energy resources, locations for developing a mining farm and the preferential policy treatment that we might receive for our capital investment.”
A big draw for crypto miners is Paraguay’s ITAIPU Hydroelectric Dam. It’s one of the largest dams in the world, with an installed generation capacity of 14 gigawatts.
In July, Juanjo Benítez, the CEO of the Bitcoin mining company Digital Assets said that there were at least eight Chinese groups interested in Paraguay, although he declined to identify them.
_____________________________________________________________
If you like this story sign up for FP Finance Newsletter.

_____________________________________________________________
Sign up to receive the daily top stories from the Financial Post, a division of Postmedia Network Inc.
A welcome email is on its way. If you don’t see it, please check your junk folder.
The next issue of Financial Post Top Stories will soon be in your inbox.
We encountered an issue signing you up. Please try again
Postmedia is committed to maintaining a lively but civil forum for discussion and encourage all readers to share their views on our articles. Comments may take up to an hour for moderation before appearing on the site. We ask you to keep your comments relevant and respectful. We have enabled email notifications—you will now receive an email if you receive a reply to your comment, there is an update to a comment thread you follow or if a user you follow comments. Visit our Community Guidelines for more information and details on how to adjust your email settings.
365 Bloor Street East, Toronto, Ontario, M4W 3L4
© 2021 Financial Post, a division of Postmedia Network Inc. All rights reserved. Unauthorized distribution, transmission or republication strictly prohibited.
This website uses cookies to personalize your content (including ads), and allows us to analyze our traffic. Read more about cookies here. By continuing to use our site, you agree to our Terms of Service and Privacy Policy.

Upgrade your PS5 with super-fast SSD storage for 30% off – Eurogamer.net 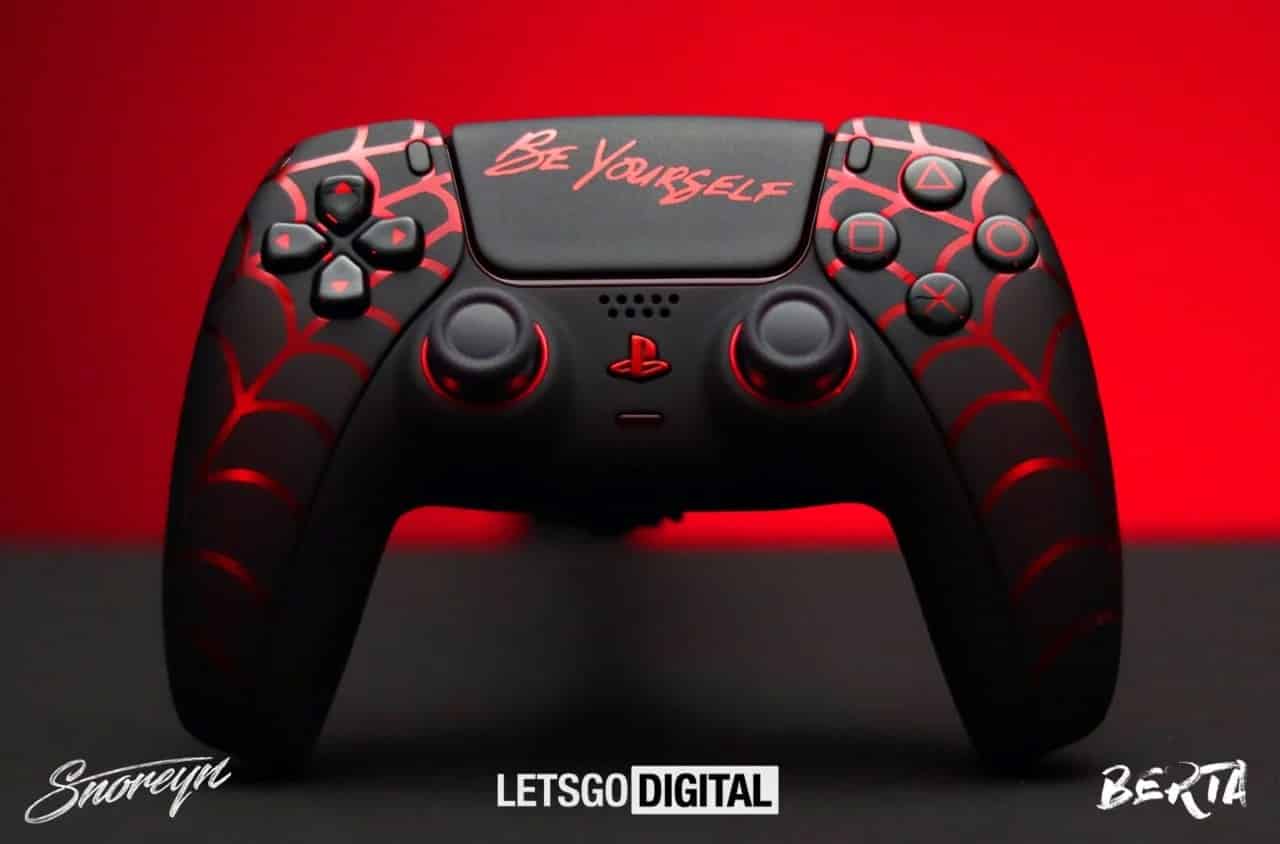 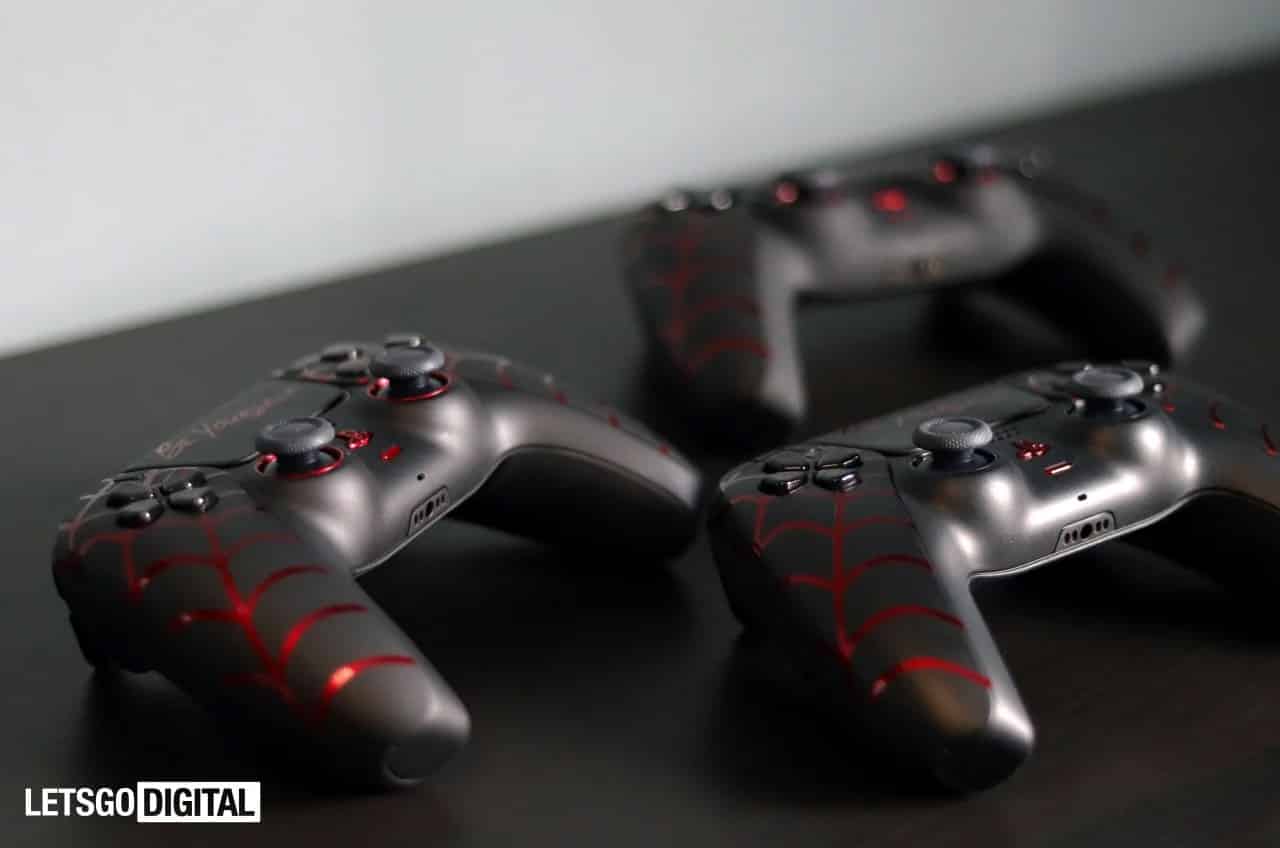 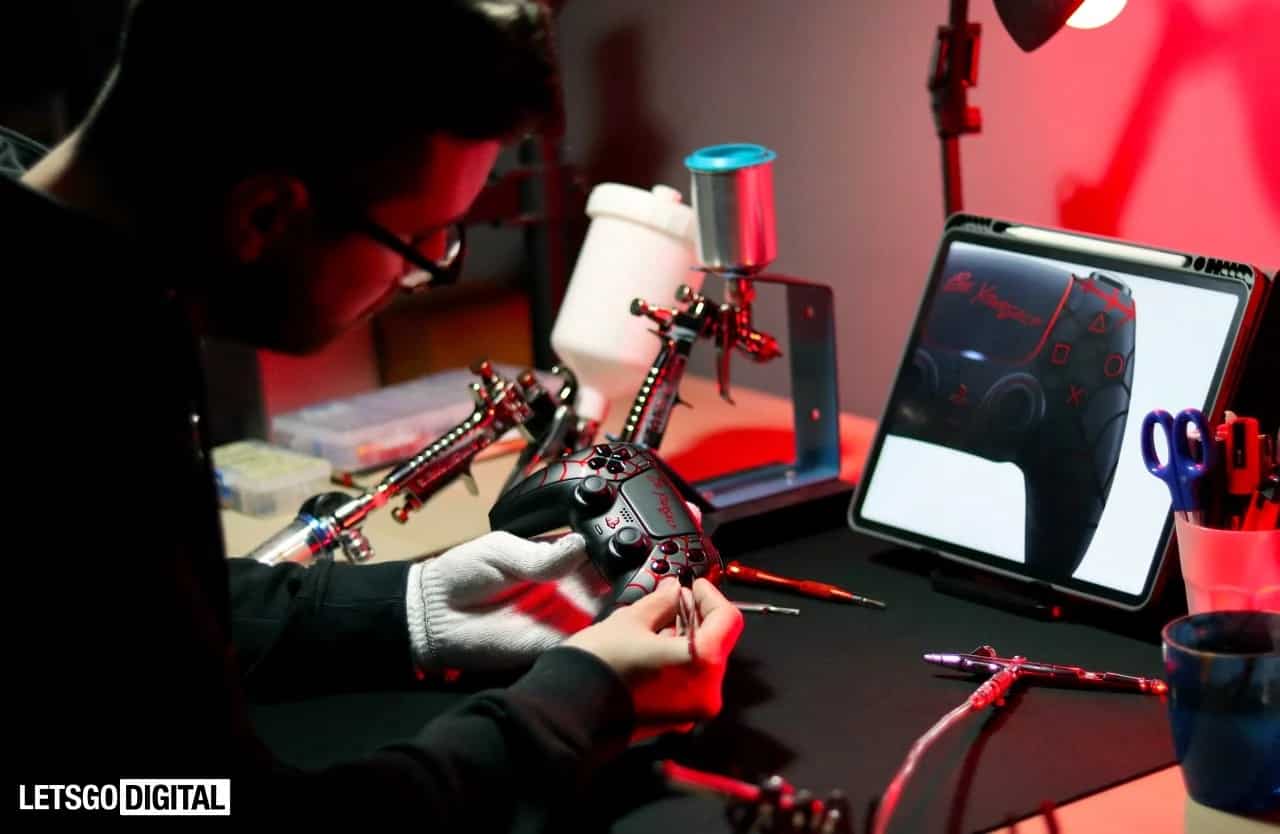 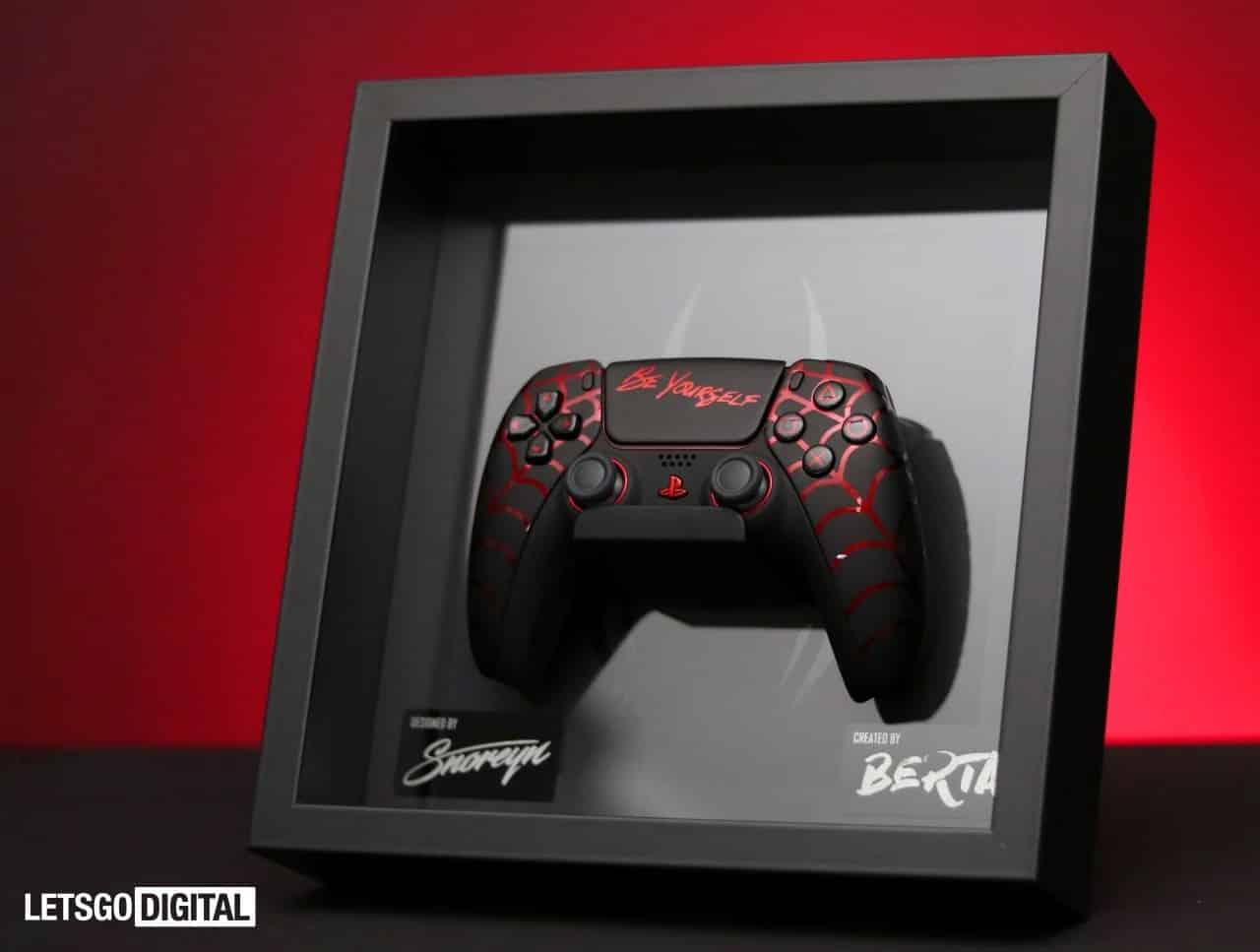