Delivering the best with the return of classic cars, iconic tracks, and fan-favourite  modes like GT Simulation.
I still clearly remember the inexplicable eagerness and excitement of that day when we introduced the first Gran Turismo game to the world for the first time on the original PS1 console.
With that same inexplicable sense of excitement, I’m happy to report that Gran Turismo 7 will be available on March 4, 2022, simultaneously on both the PS5 and the PS4 consoles.
The cultural environment surrounding cars has changed greatly in the past 25 years. Those of us who were born in the rich car culture of the times created the first Gran Turismo game, so it may be difficult for the current generation of automotive purists to be in the same type of cultural environment as ourselves back then.
The objective for GT7 in current culture today, is to design a game to convey everything from the last 150 years of car and racing culture, whether you are a lifelong fan or discovering cars for the first time.
GT7 is both the culmination of the series which answers the expectations of GT fans throughout the years, and at the same time it is a title that marks a beginning of a difficult mission to contain the full breadth of car culture from the past into a single video game.
The name “Gran Turismo” means “Grand Touring” in Italian. Back to the 17th Century, people would go on long trips across the European continent, learning and growing at their travel destinations. The name is derived from these journeys.
In the same spirit, the GT Campaign mode is also a place where individual players will take their own unique journeys and gain life learning experiences. 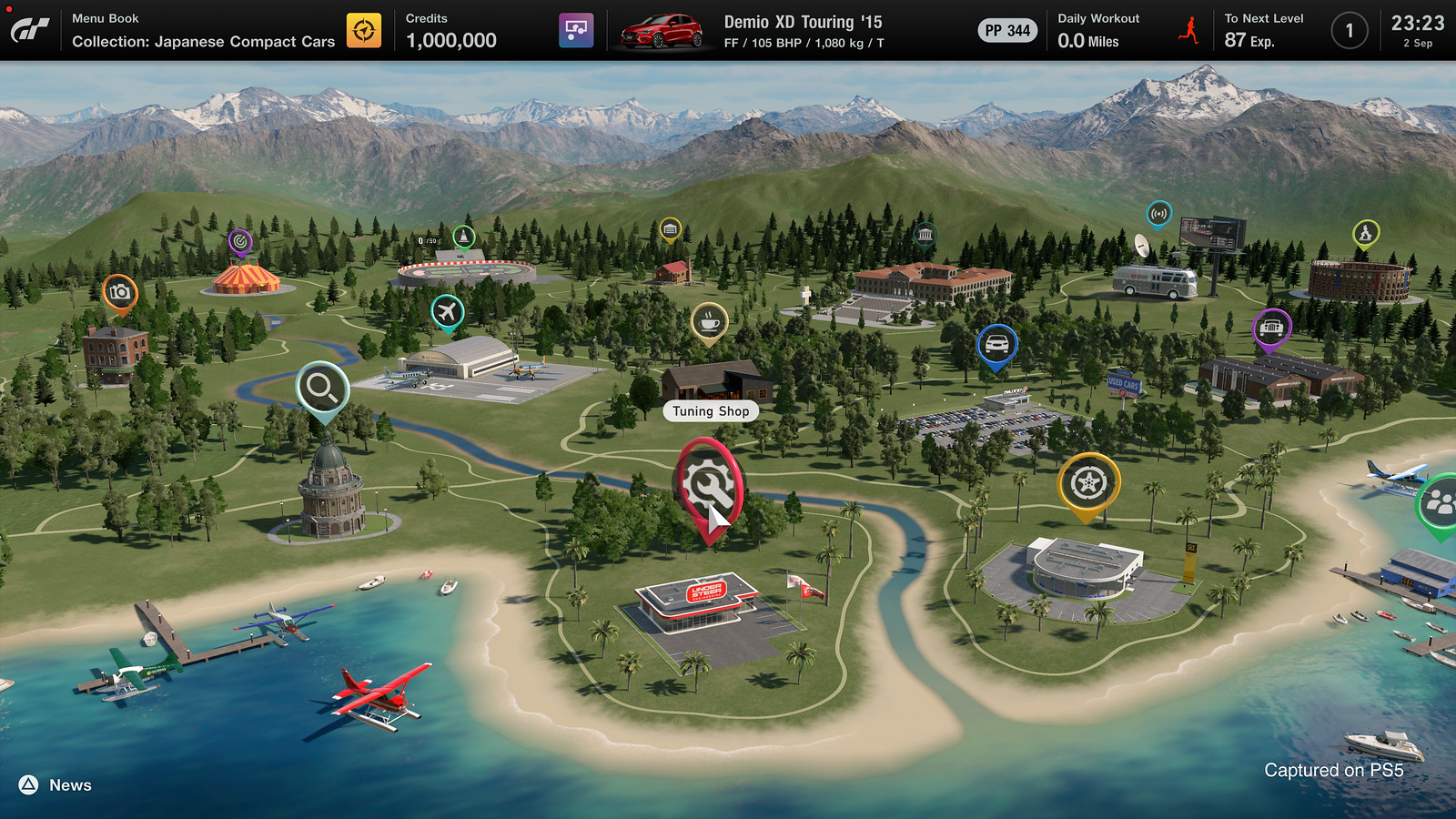 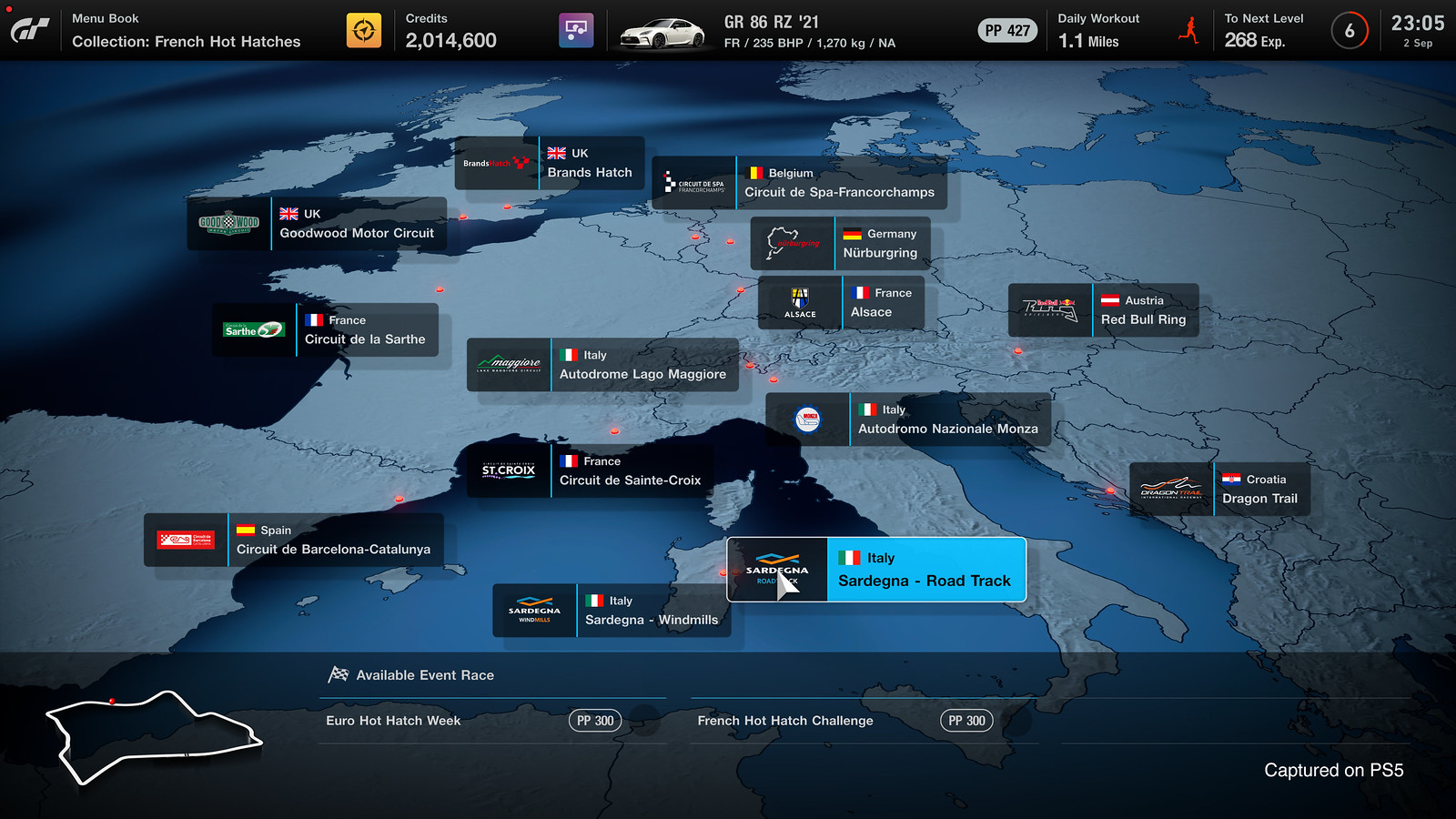 We’re aware that long-time fans of the Gran Turismo series strongly desired the return of the GT Campaign mode*, and now, having seen the trailer, hopefully everyone will be able to get a feel for the atmosphere of the newly designed Campaign mode. Returning to the very roots of the GT Campaign mode experience, players will be starting from the GT World Map.
Since the introduction of the Livery Editor* in GT Sport, we’ve seen millions of complex and creative designs. We were amazed with the quality of the liveries made by our fans in the Livery Editor, and their sheer quantity. Knowing this to be an important feature for our fans, our main goal for the Livery Editor in GT7 was to improve the user interface and improve utility and accessibility. 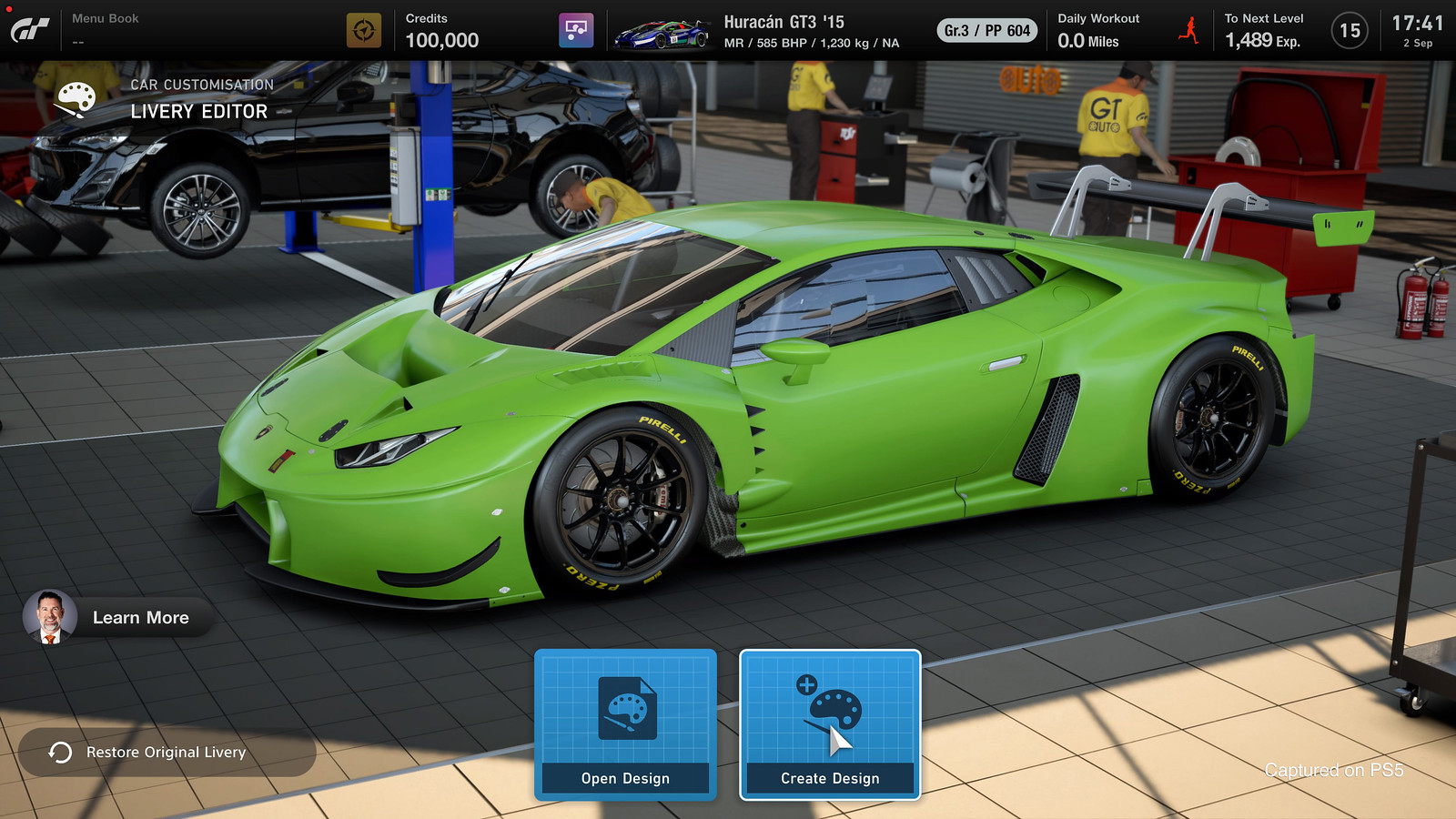 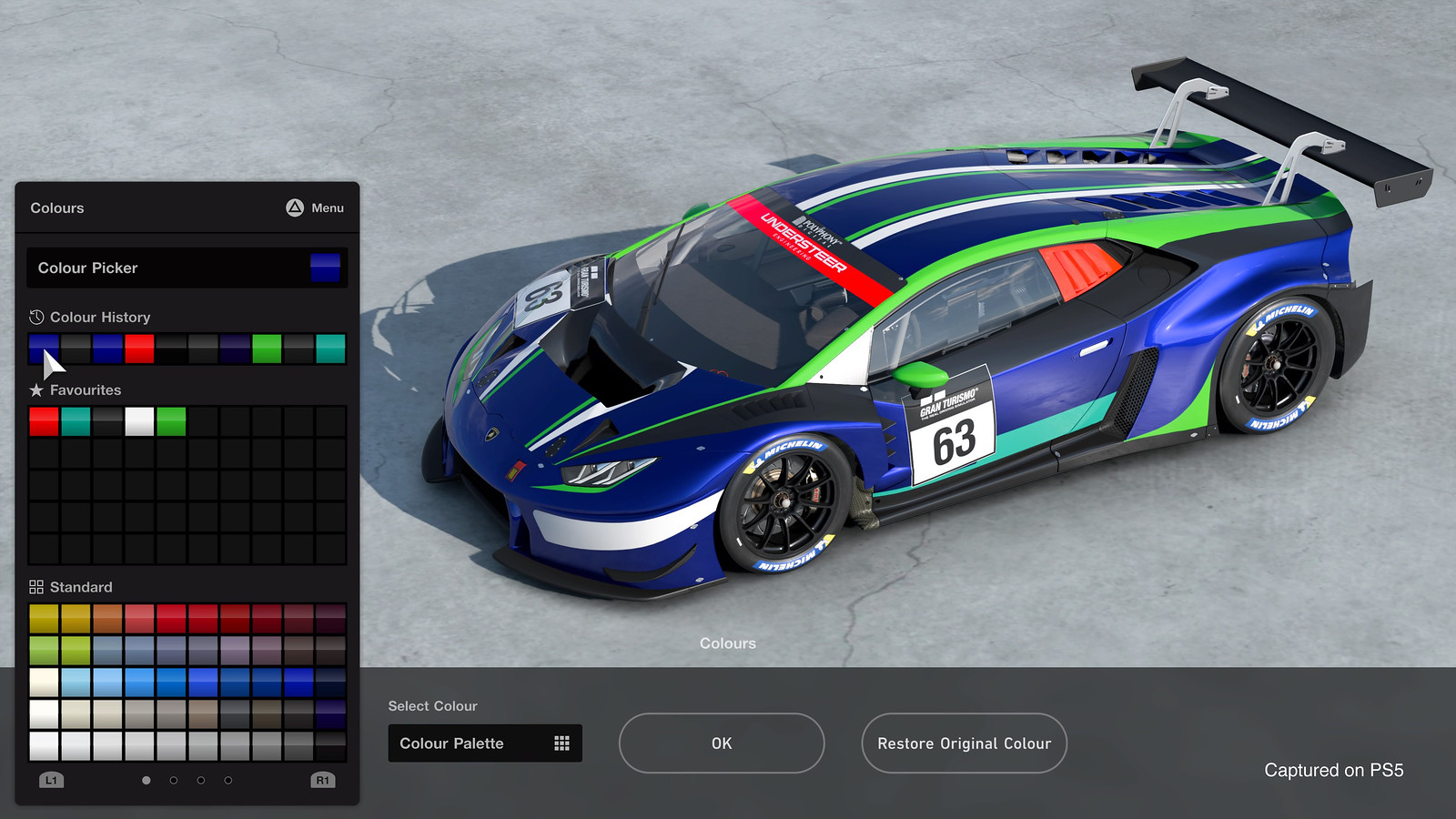 When you own a car that you love, it’s only natural to want to take photos of it in different locations around the world in trying to capture that perfect shot. Scapes* allows you to have complete control of photorealistic shots using HDR technology (when you have a HDR capable display), expert level effects, and even panning shots. You will be able to photograph your car freely in photo spots across 43 countries and over 2,500 locations, and every moment captured can be shared with others that has same love and passion as you. 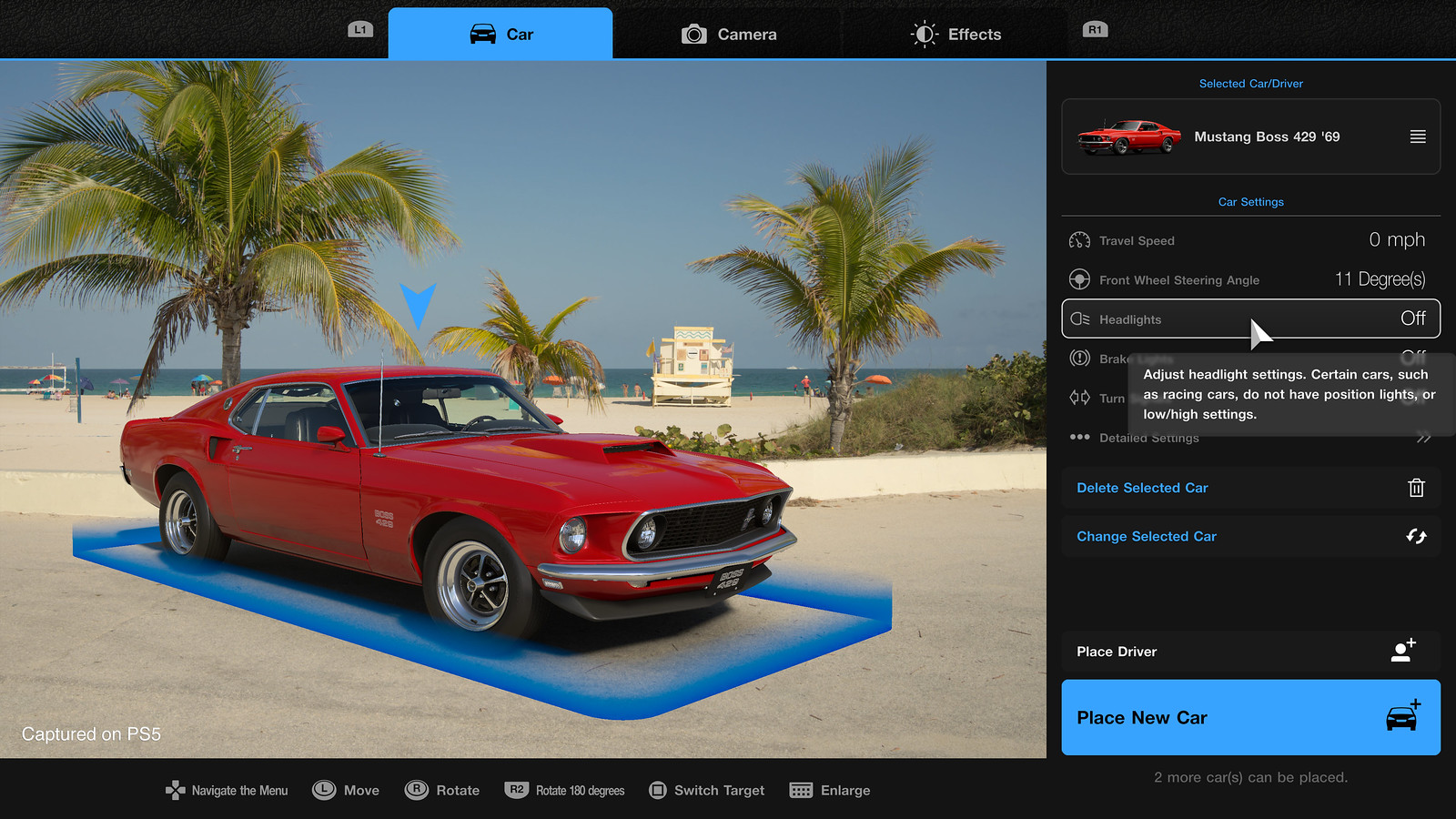 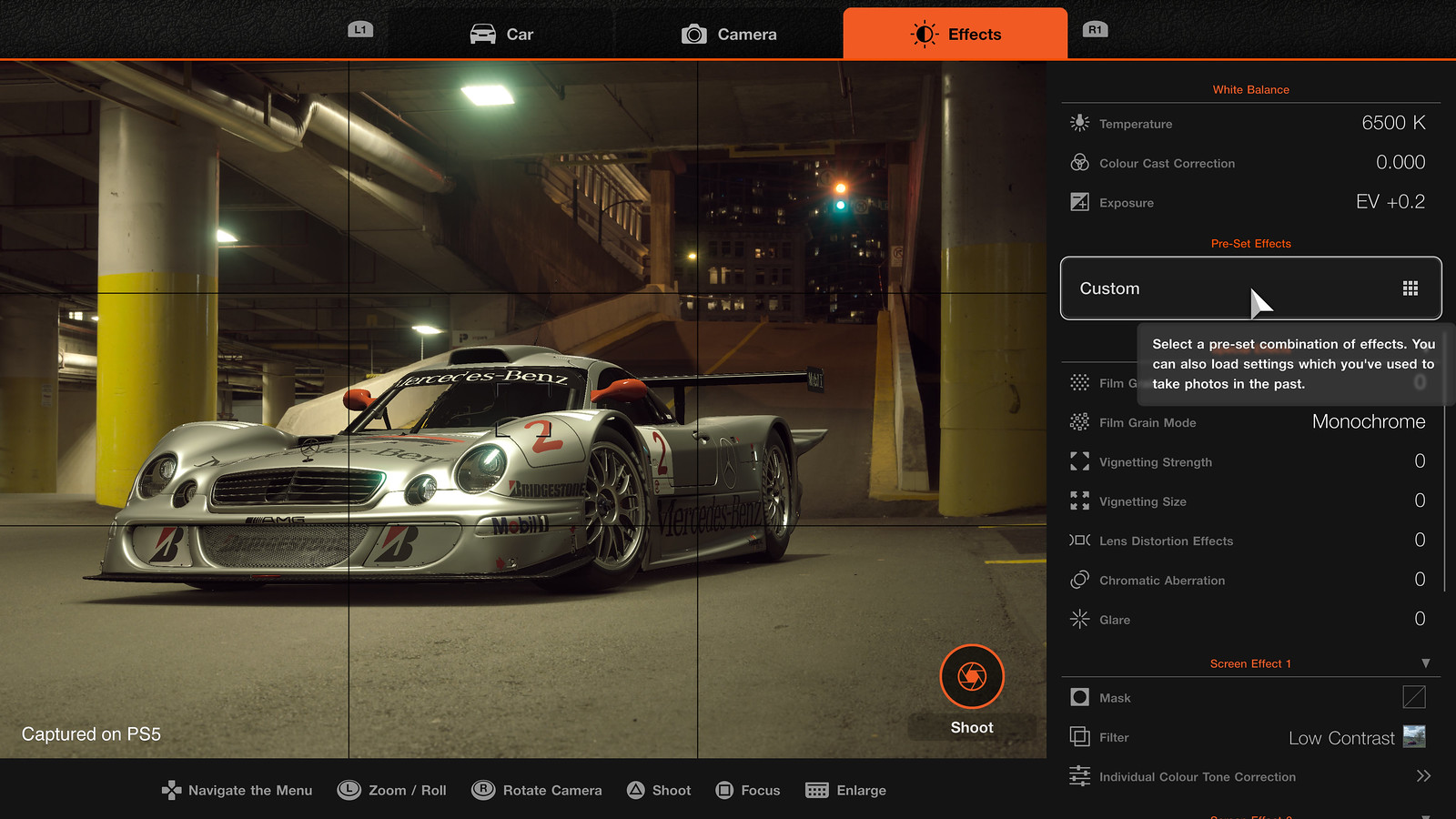 In addition to the return of the GT Campaign mode, our historic circuits like Trial Mountain* and High-Speed Ring* will be making a comeback. You may have noticed in the trailer that these tracks are higher in detail to match the PS5 console’s power of expression, with additional work done to parts of the layout. Bringing back these circuits with a level of detail and richness that matches the PS5 consoles’ power of expression was a new challenge for the team. 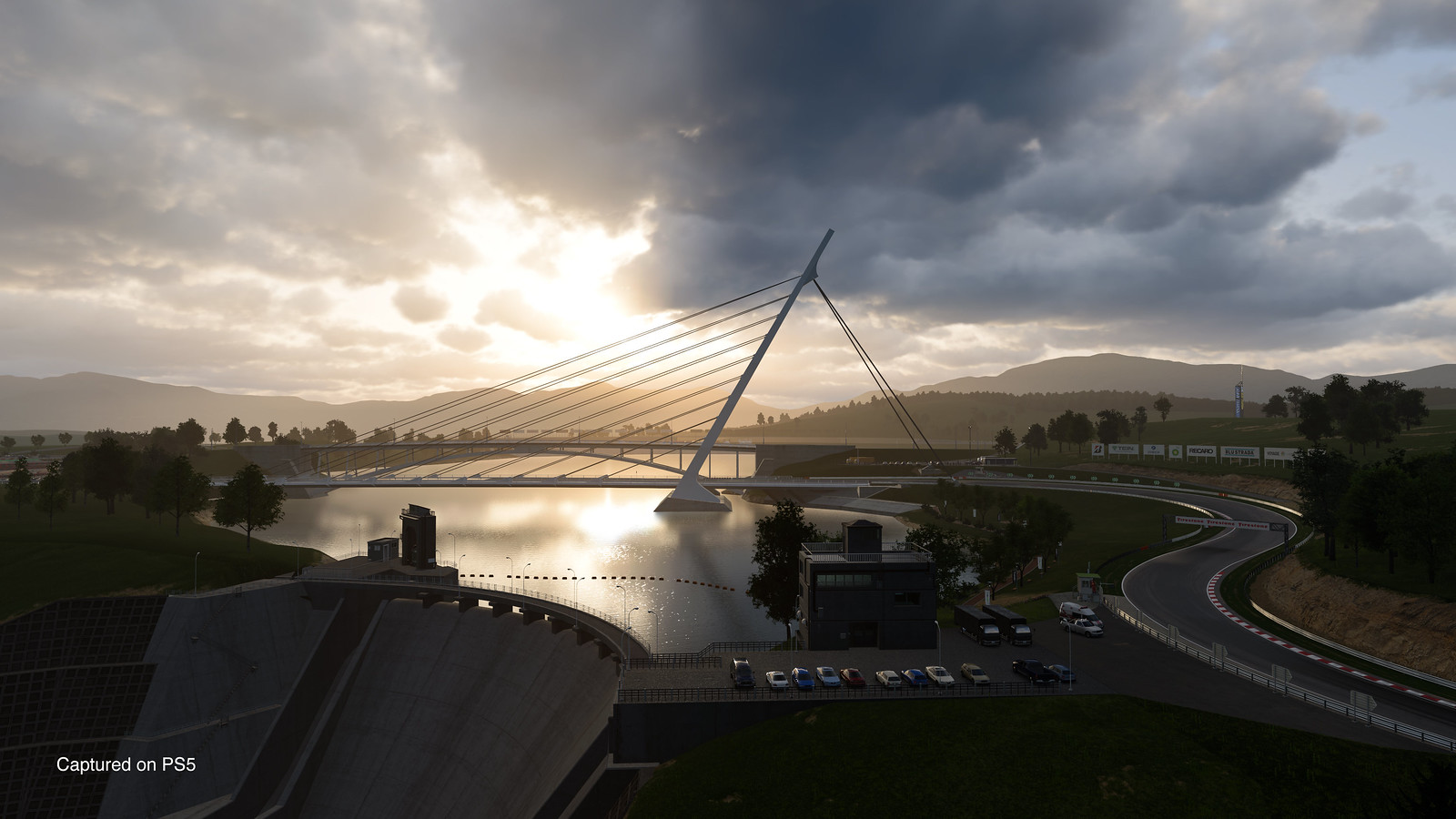 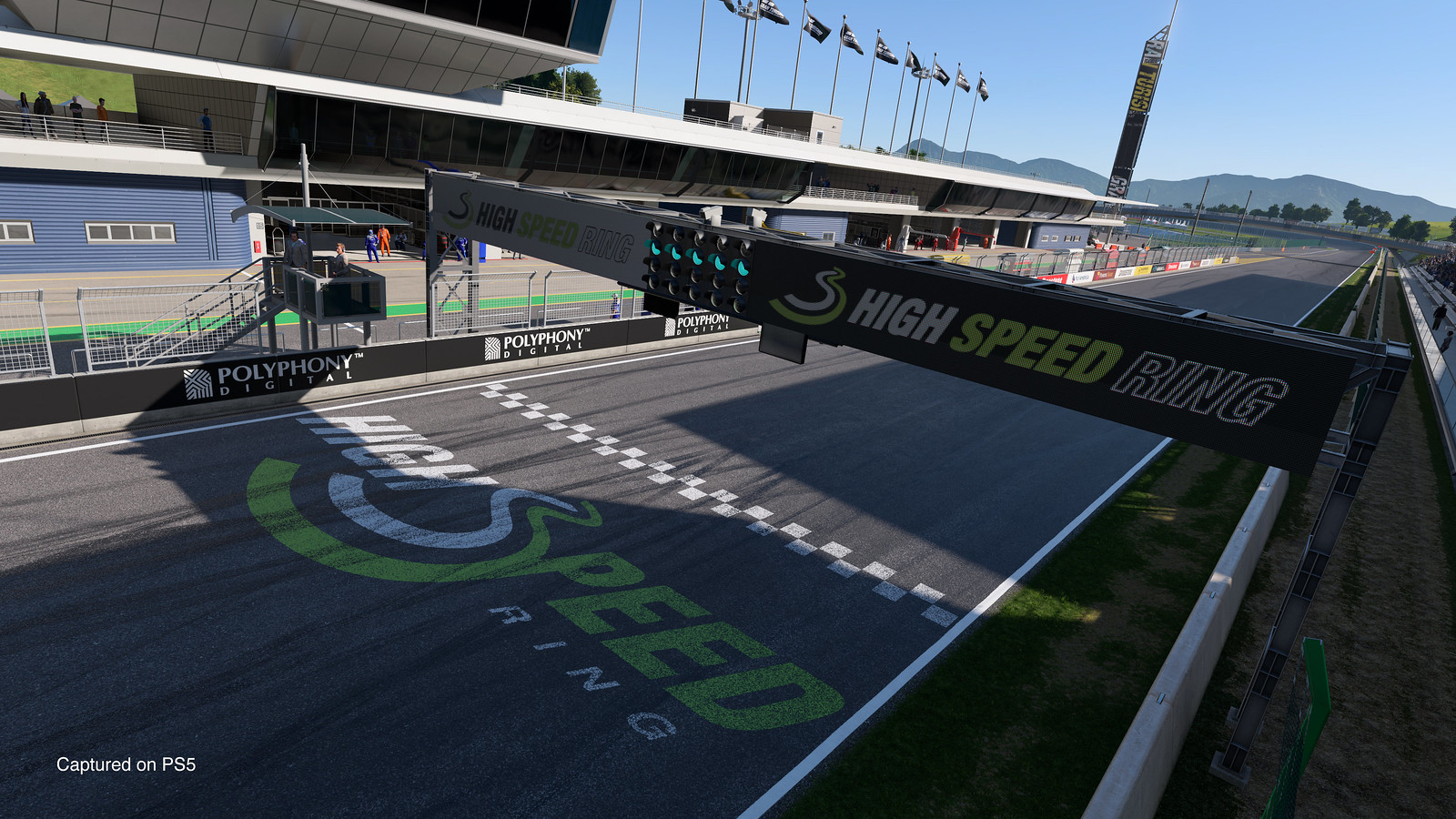 The first step in truly connecting with car culture is to learn and remember the shapes and names of the cars. This is where love and passion in cars begin – FF, FR, 911, 356, transmission… interest in typical terms like these appearing in car culture only comes from first knowing and recognizing the shapes and names of the cars. Because of this, GT7 is clearly designed as a “Car Collecting Game”, even more so than the GT series of the past.
The main feature of the GT Café* in the game is to navigate the player’s adventures in the world of GT, presenting a specific collection of cars that have a cultural meaning from the past, present, and future. Players will progress and complete missions in the GT Café by acquiring prize cars from various races within the world, as well as from the Brand Central and the Used Car Dealership. 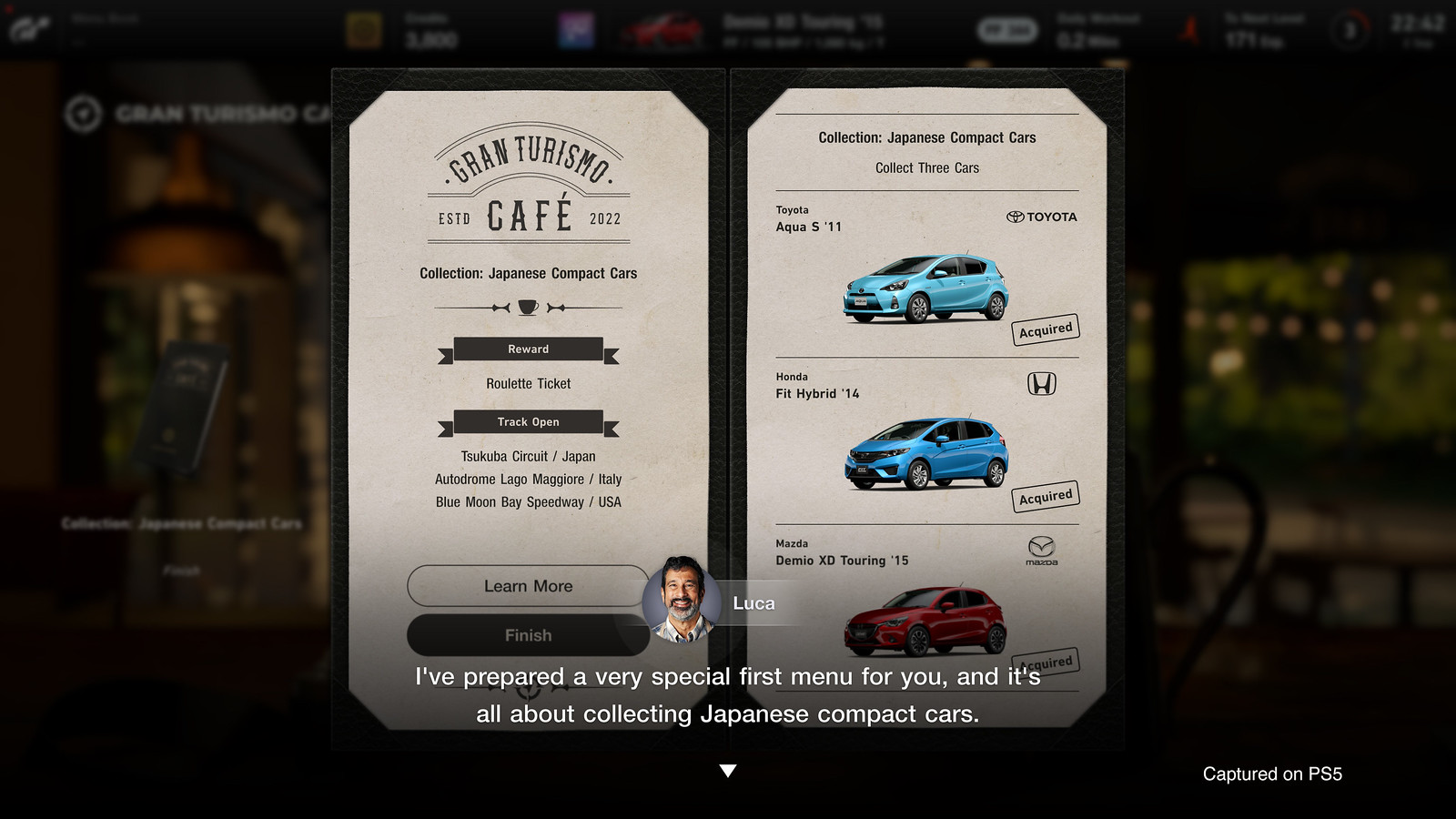 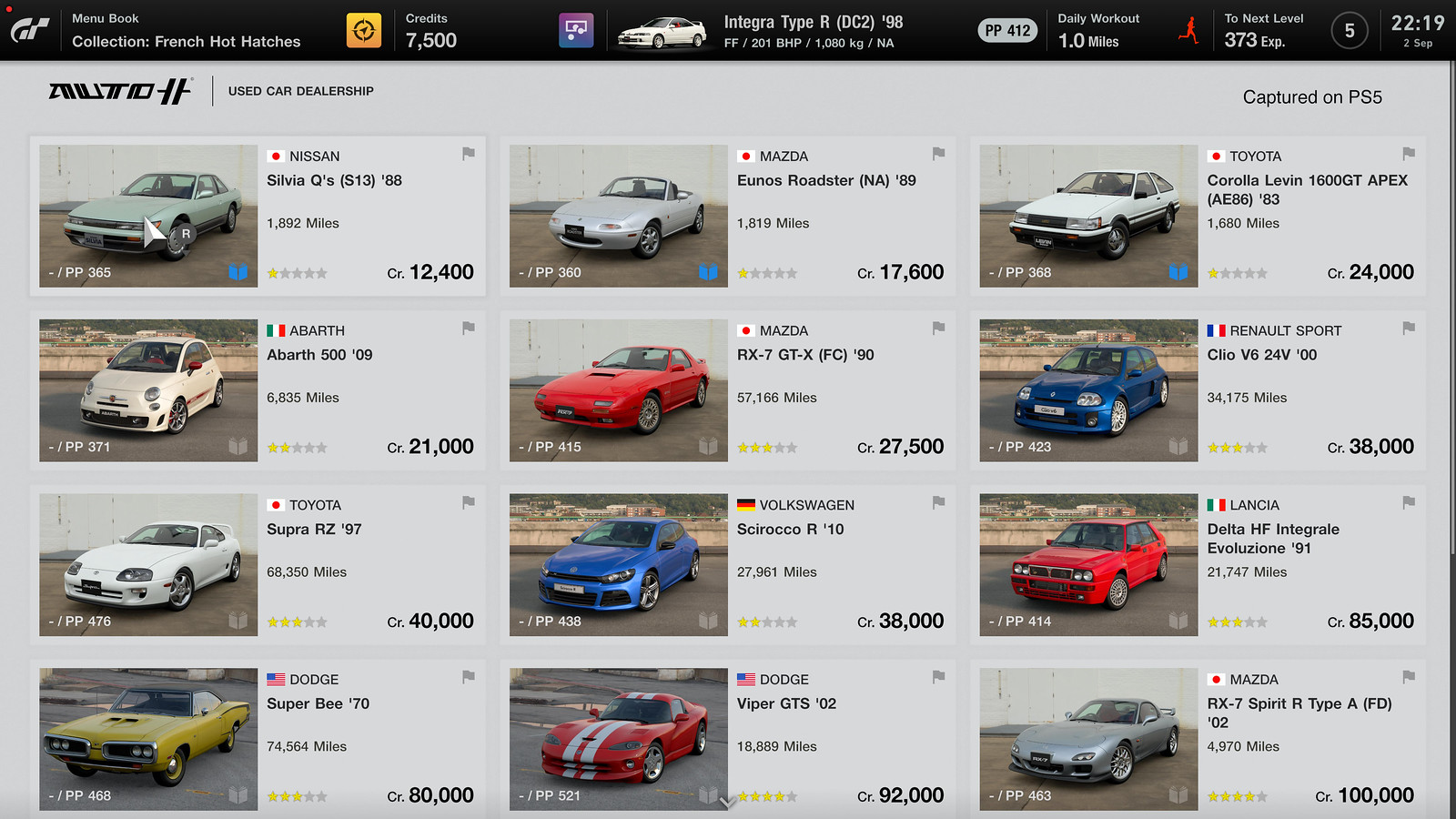 One of the greatest rewards in owning a car is to modify and customize it to suit your personal taste, and the smallest of changes will have different effects on the behavior of the vehicle. In GT7, players can once again start with a stock vehicle and build their car up gradually to fit their preference, through adjustments made on engine performance, suspension, transmission gearing, brakes, tires, etc.
GT Auto* also makes a comeback with wheel changes, wide body modifications, addition of roll cages as well as other aerodynamic parts. And not to mention engine oil changes and car wash. 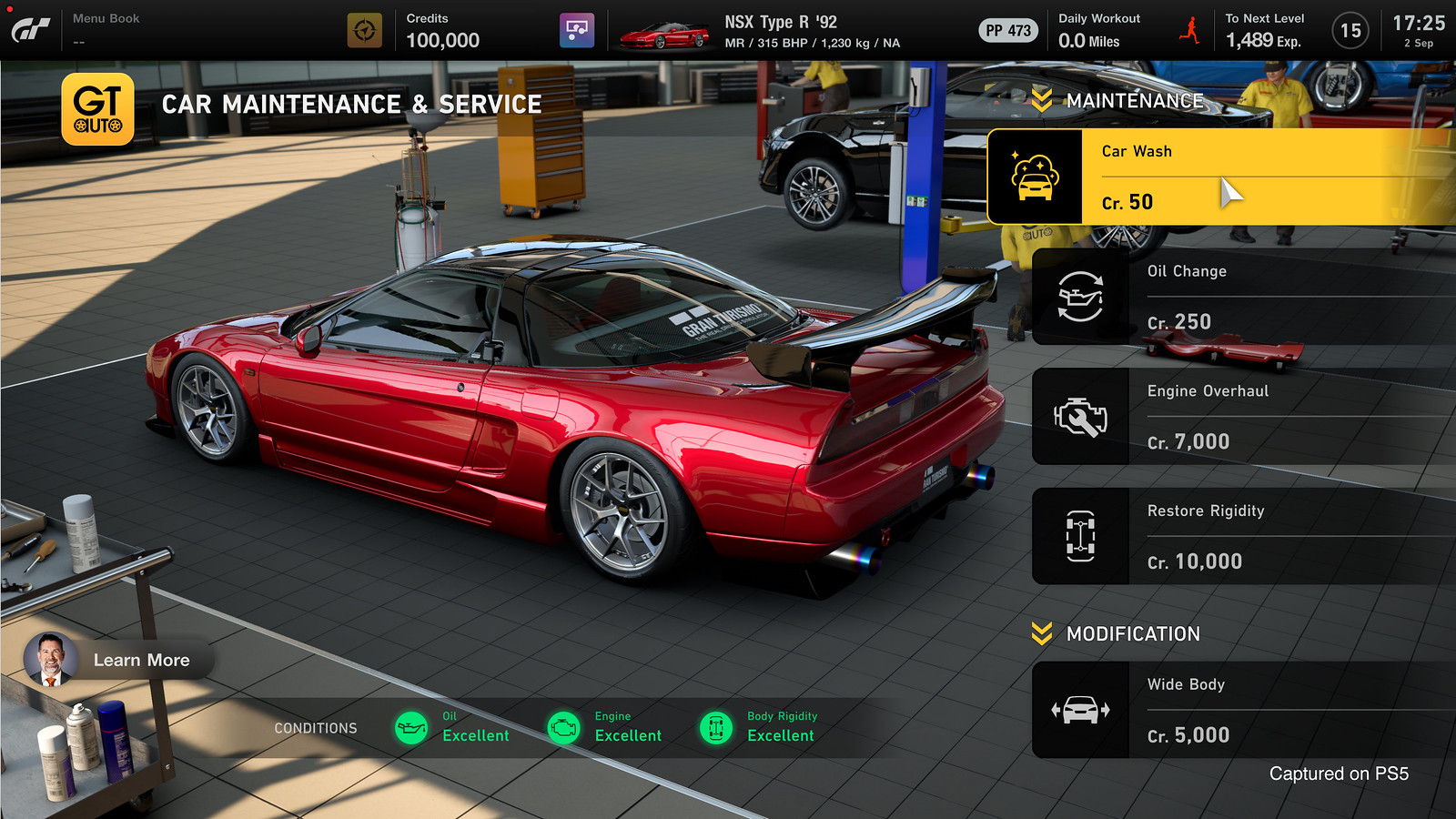 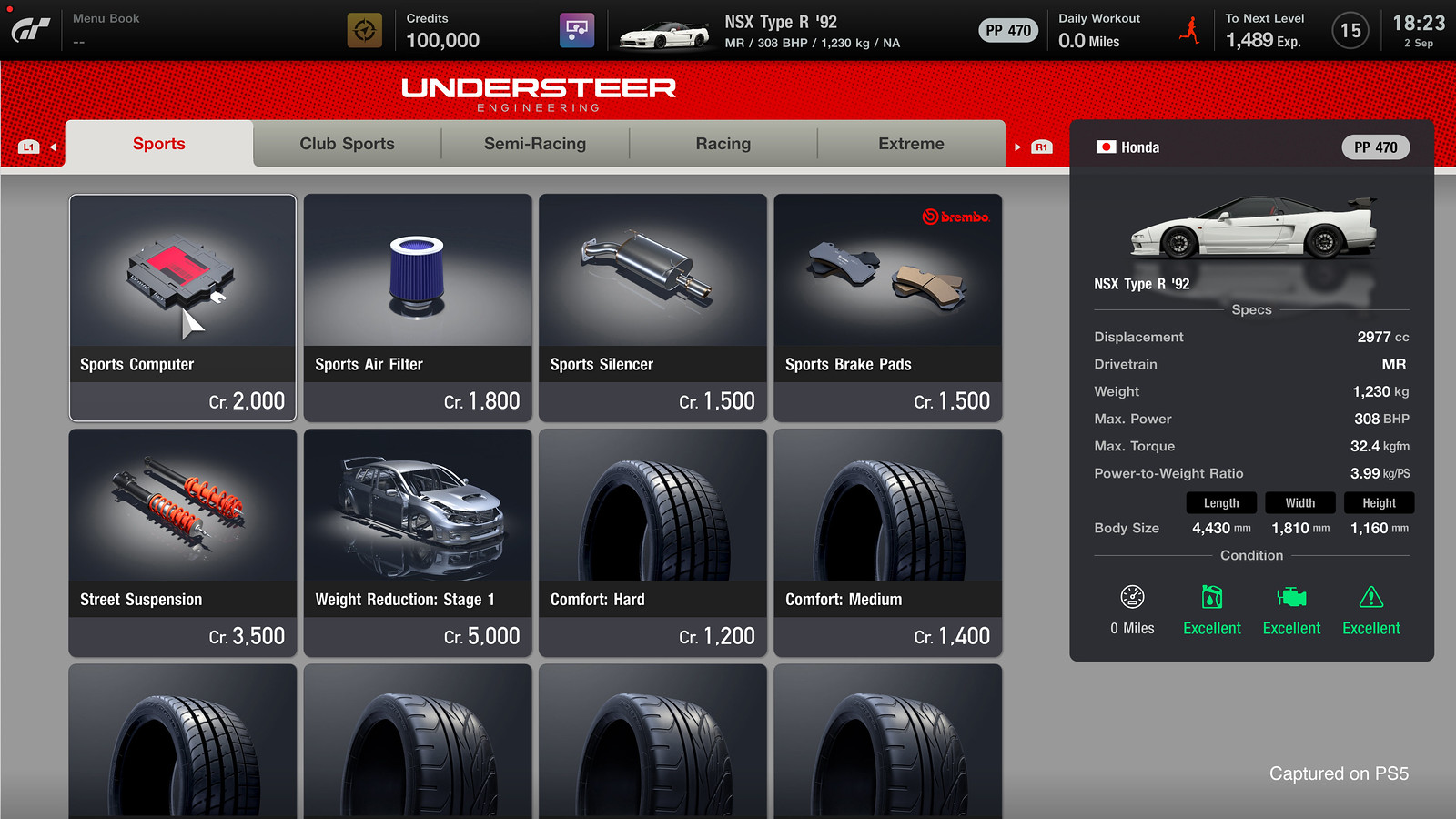 The time/weather change simulation brought to life in GT7 is unique to Polyphony Digital, who researched the complexities of nature and tailored it into a video game. Referencing a massive amount of meteorological observation data, we have recreated spatial / time of day conditions for particle size distribution and concentration distribution of aerosol particles in the atmosphere on a global environmental scale, in a procedure that is unique to the Gran Turismo series.
The validity of the simulation was checked using Scapes HDR images, for which we have accumulated data for several thousand spots all around the world. As a result, we have succeeded in expressing real and complex skyscapes and changes in light for different times of day and weather. 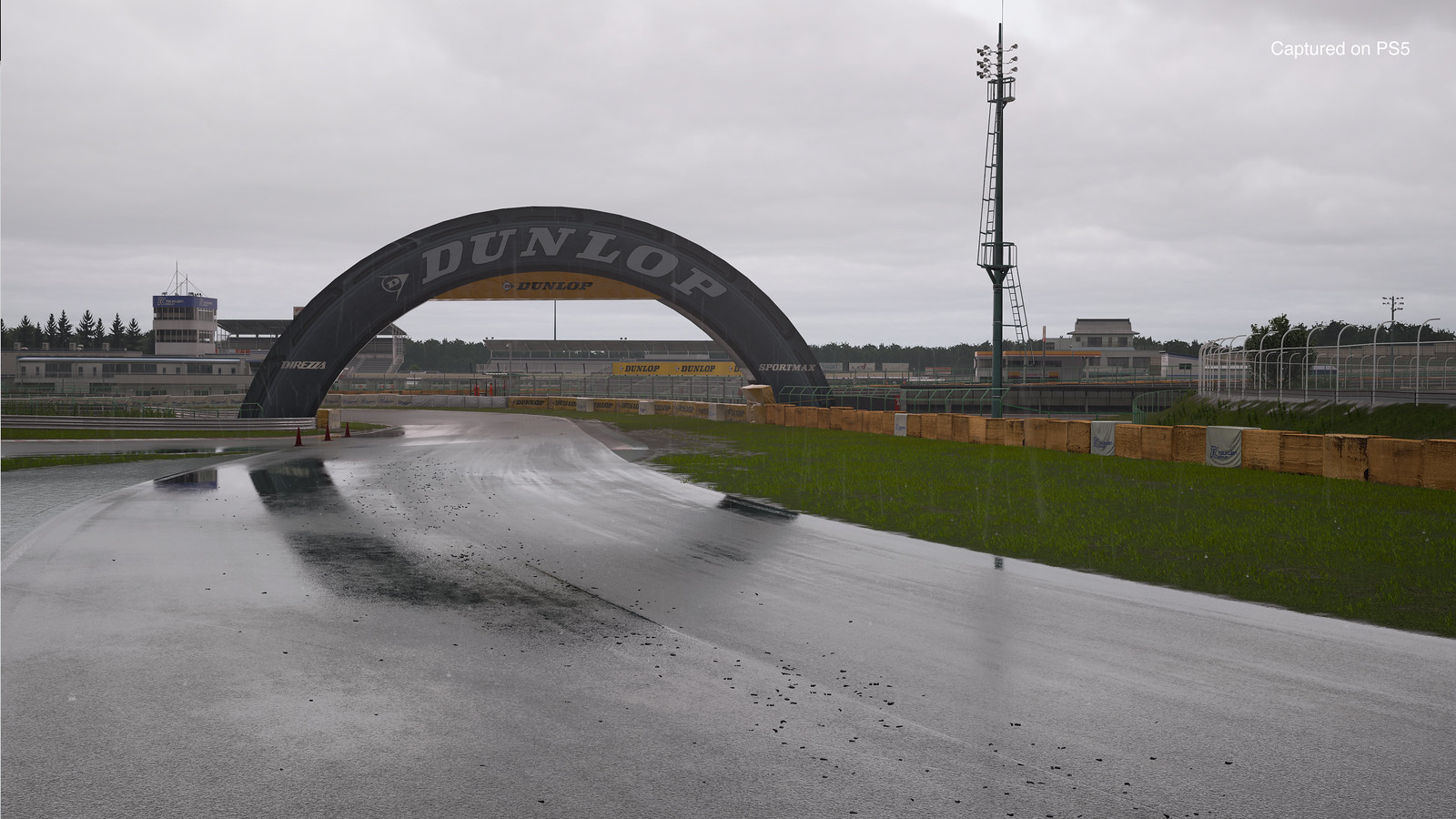 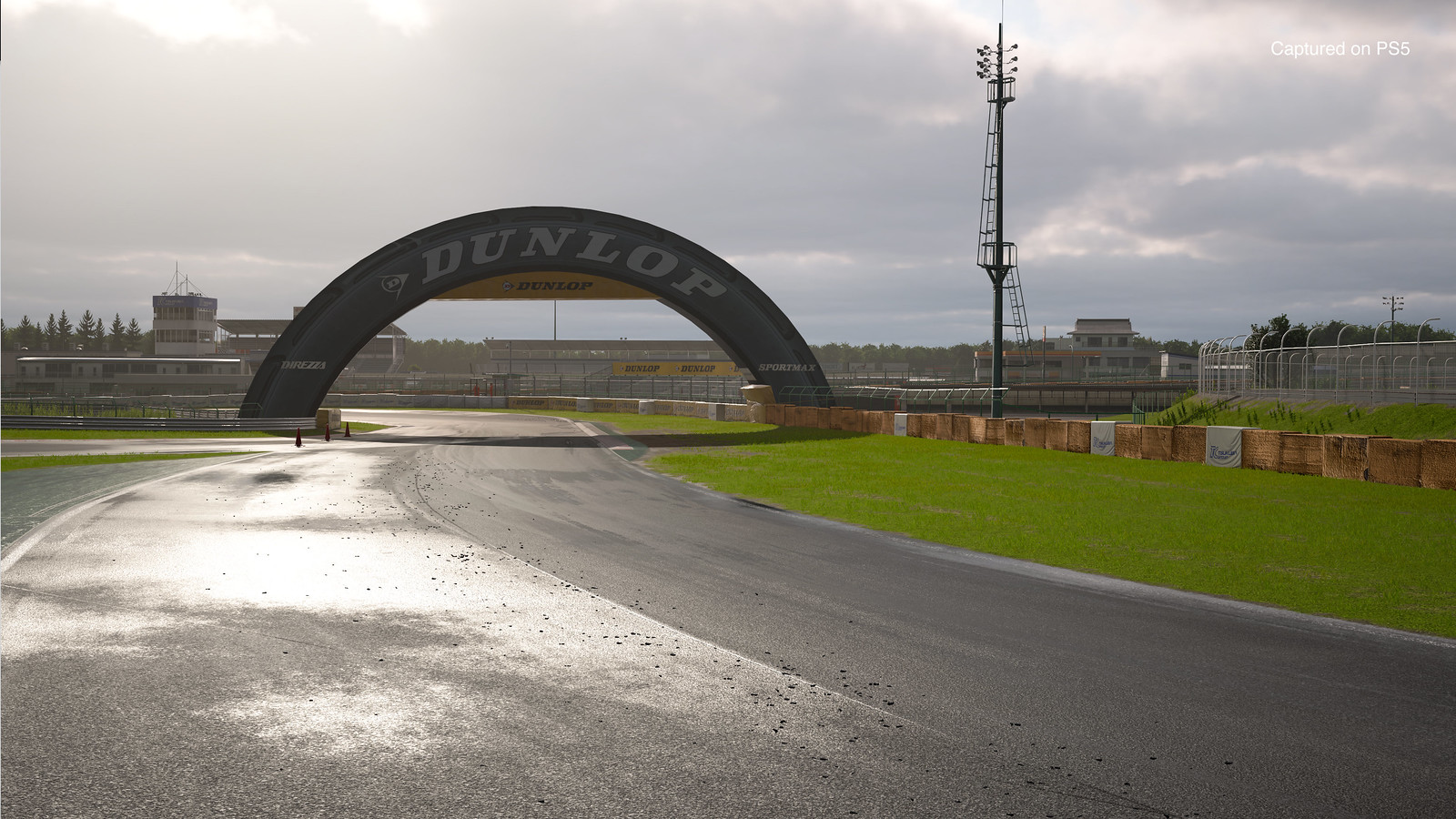 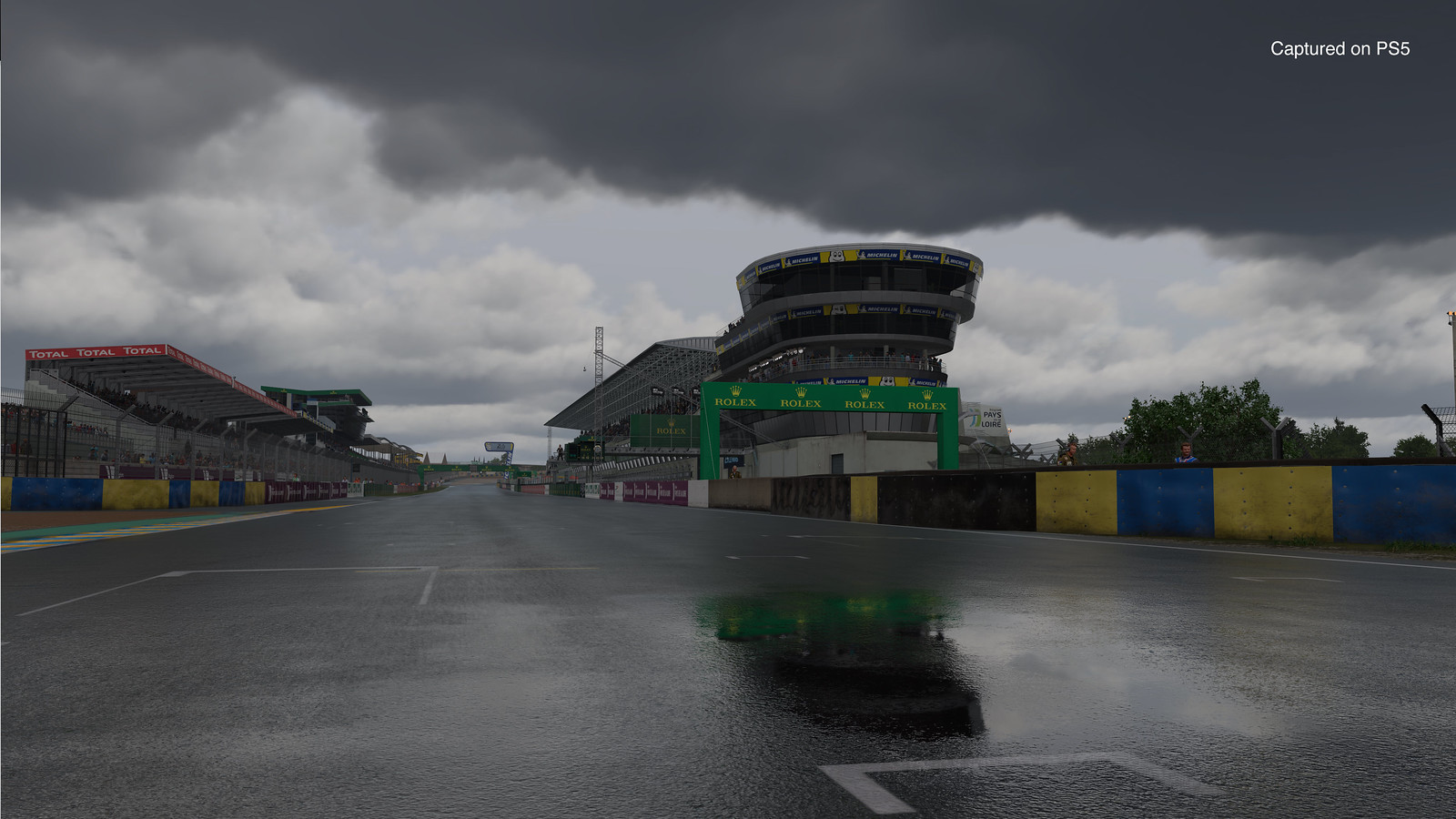 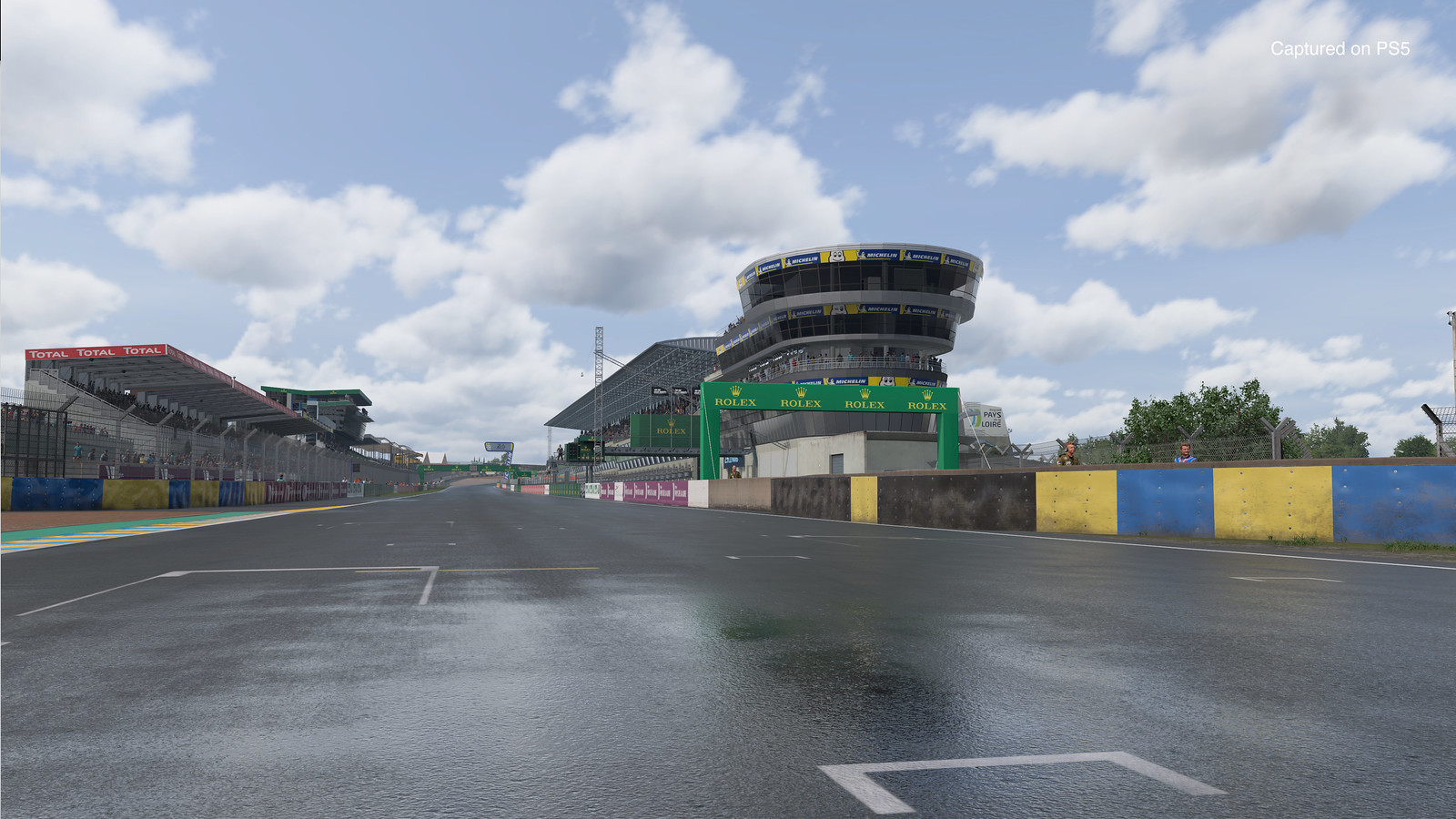 UCLA is 4-0 on the road this season and won four of its last five game against Utah. The Utes will need to play their best game of the season to have a chance at beating the Bruins.
How to Watch UCLA vs. Utah in College Basketball Today:
Game Date: Jan. 20, 2022
Game Time: 11:00 p.m. ET
TV: FOX Sports 1
Live stream the UCLA vs. Utah game on fuboTV: Start with a 7-day free trial!
Utah (8-10, 1-7) lost in heartbreaking fashion against Arizona State in its last game. The Sun Devils hit a shot with 4.6 seconds remaining in the game to win 64-62.
Three players scored in double figures, but the Utes have struggled on the offensive end the entire season. They have failed to score more than 70 points in five straight games. However, Utah will get a boost when leading scorer Branden Carlson, who is sidelined with an ankle injury, returns to the lineup.
Meanwhile, UCLA (11-2, 3-1) has been nearly impossible to beat since its loss to No. 1 Gonzaga in November. The only loss the Bruins have suffered came last Thursday in overtime against Oregon. They bounced back with an 81-65 win over Oregon State last Saturday, trailing for less than a minute in the game.
Johnny Juzang leads UCLA with 17.2 points and 5.1 rebounds per game. The Bruins have been without Jaime Jaquez Jr., who is questionable for this contest.
Regional restrictions may apply.

The Global PC Gaming Mouse Market report size, future trends, changes in customer behavior patterns, the competitive landscape of the market, key market players, and other industry features to gain an in-depth analysis of the market. In addition, the report is a compilation of qualitative and quantitative evaluations by industry experts and industry partners across the value chain. The PC Gaming Mouse Market report also focuses on the latest developments that may enhance the performance of various market segments. Extensive company profiling of key players in the PC Gaming Mouse market.
Get a Sample PDF of report – https://www.qyreports.com/request-sample/?report-id=320554
PC Gaming Mouse market forecast by region, type and application, including sales and revenue, from 2021 to 2029. The report highlights market share, distributors, key suppliers, changing price patterns, and raw material supply chains. Forecast of PC Gaming Mouse market size (sales, revenue) by region and country from 2021 to 2029 of PC Gaming Mouse industry. The global PC Gaming Mouse market growth is expected to increase at a significant rate during the forecast period 2021-2029. In 2021, the market has grown at a steady pace and the market is expected to rise above the projected horizon as the strategy adoption by major players increases.
Some of the Key Player in the market –
Corsair
A4TECH
Logitech
RAPOO
Genius(KYE Systems Corp)
SteelSeries
MADCATZ
The PC Gaming Mouse market trends for development and marketing channels are analyzed. Finally, it evaluates the feasibility of new investment projects and provides overall research conclusions. The PC Gaming Mouse Market report also mentions the market share generated from each product in the PC Gaming Mouse market along with production growth.
Ask for Discount – https://www.qyreports.com/ask-for-discount/?report-id=320554
Detailed information is based on current trends and historical milestones. This section also provides an analysis of the global market for each type and the production volume of each type from 2021 to 2029.
Since the outbreak of the COVID-19 virus in December 2019, the disease has spread to all countries and regions around the world and 2 international transmissions. The global impact of COVID-19 is already being felt and will have a significant impact on this industry in 2020 and 2021. This report analyzes the impact of COVID-19 on this industry. COVID-19 can affect the global market in three ways: by having a direct impact on production and demand, by creating a supply chain and market distortion, and by its financial impact on companies and the financial market.
Market segment by Region/Country including:
Enquiry before Buying this premium Report – https://www.qyreports.com/enquiry-before-buying/?report-id=320554
Some of the Key Questions Answered in the Report are:
Continued….
About Us – We at QYReports, a leading market research report publisher cater to more than 4,000 prestigious clients worldwide meeting their customized research requirements in terms of market data size and its application. Our list of customers include renouned Chinese companies multinational companies, SME’s and private equity firms. our business study covers a market size of over 30 industries offering you accurate, in depth and reliable market insight, industry analysis and structure. QYReports specialize in forecasts needed for investing in an and execution of a new project globally and in Chinese markets.
Contact Us:
Name: Jones John
Contact number: +1-510-560-6005
204, Professional Center,
7950 NW 53rd Street, Miami, Florida 33166
sales@qyreports.com
www.qyreports.com