Thom Yorke and Stanley Donwood on how a physical celebration of the band’s work turned into a one-of-a-kind virtual, fully explorable experience.
Hello.
So…
Right…
Now then…
Things have been happening…
To mark a period of 21 years since the expulsion of Kid A and Amnesiac from a converted barn in the Oxfordshire countryside into an unsuspecting world we’ve built… something.
We aren’t sure what it is.
To start with, when we first started thinking about it, we intended to build a physical exhibition/installation in a central London location.
It was going to be a huge red construction made by welding shipping containers together, constructed so that it looked as if a brutalist spacecraft had crash-landed into the classical architecture of the Victoria & Albert Museum in Kensington.
This astounding steel carapace would be inserted into the urban fabric of London like an ice pick into Trotsky. Jutting up into the grey English sky. And then – being constructed from shipping containers – we could ship it around the world… New York, Tokyo, Paris…
But then we couldn’t fit it at the Victoria & Albert without parts of the museum building collapsing.
So we changed location – now it would look as if it had crashed into the side of the Royal Albert Hall.
But Westminster council didn’t like the idea one little bit.
And then Covid delivered the final annihilation.
Our dream was dead.
Until we realised…
It would be way better if it didn’t actually exist.
Because then it didn’t have to conform to any normal rules of an exhibition. Or reality.
Much better.
So…
With Nigel Godrich we have been working on this for about two years, through lockdowns, self-isolations and many very long intermittent Zoom calls.
We worked with Sean Evans, a genius video/computer artist who directed it all with awe inspiring dedication and energy, theatre set designer Christine Jones and the game developers [namethemachine] and Arbitrarily Good Productions.
And finally persuading Epic Games to help us put it out to the world.
We had one guiding principle, visually.
NO NEW WORK.
Because… there was loads of it already.

Like a really crazy amount… You’ll see.
Everything that we built came directly from what we made 20 years ago, in one way or another.
And we had all the multitrack recordings from the albums so we were able to rebuild the audio from the original elements in a new controlled space which wasn’t just stereo.
That was a lot of fun.
Working on something as strange as this over long Zoom calls with a large team of technicians all around the world has been one of the strangest experiences we have ever had.
Unreal in every sense of the word, especially within the months of almost total human isolation.
In all those days of blankness…
A small Minotaur sat on one shoulder saying ‘This is too mad. This ain’t ever gonna happen’
And the other shoulder sat another saying ‘Oh yes. It is.’
What we have made is… it’s something like a mutant re-engineering of Kid A and Amnesiac.
But that’s enough now. Enough!!
It’s all yours… 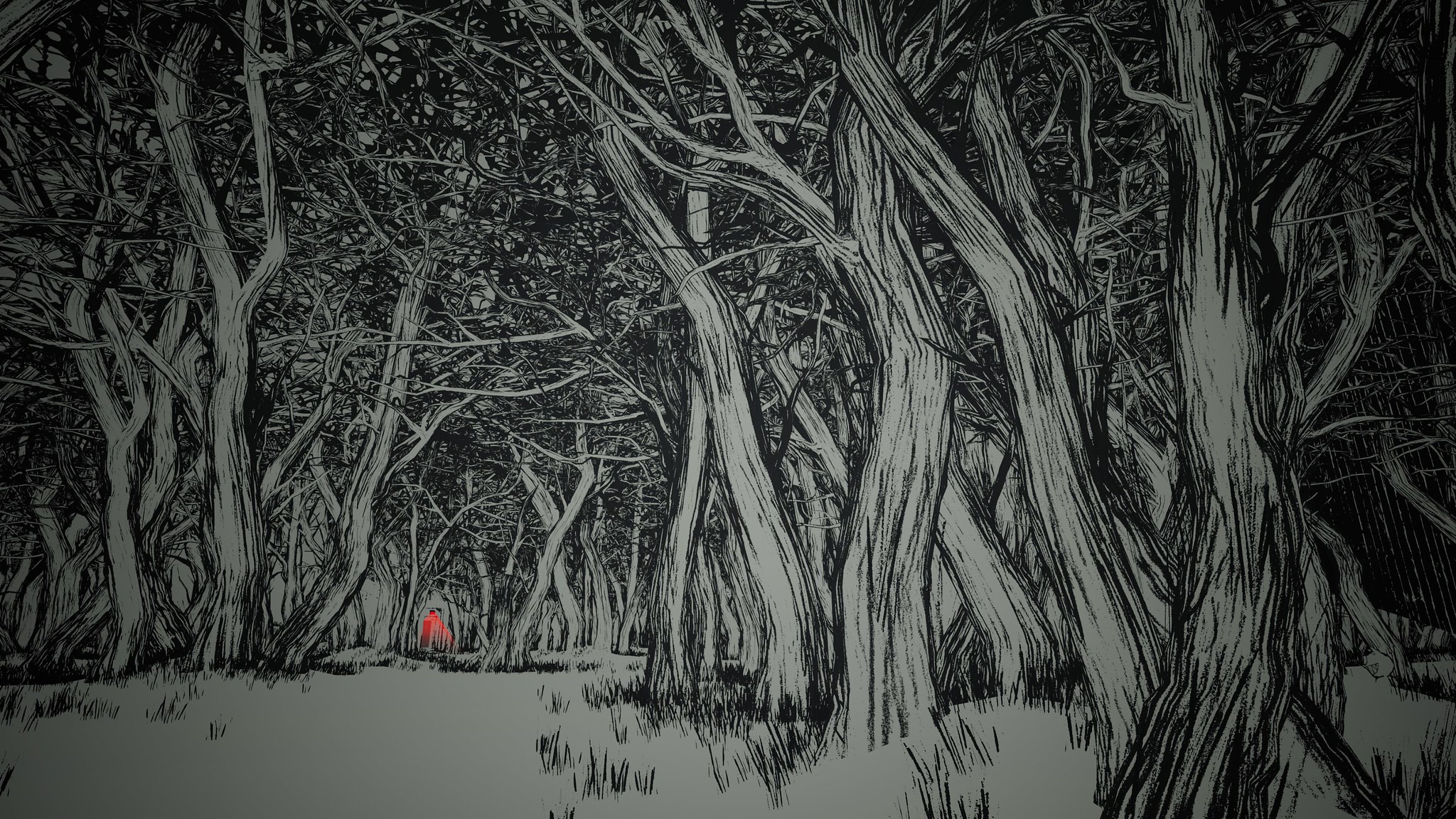 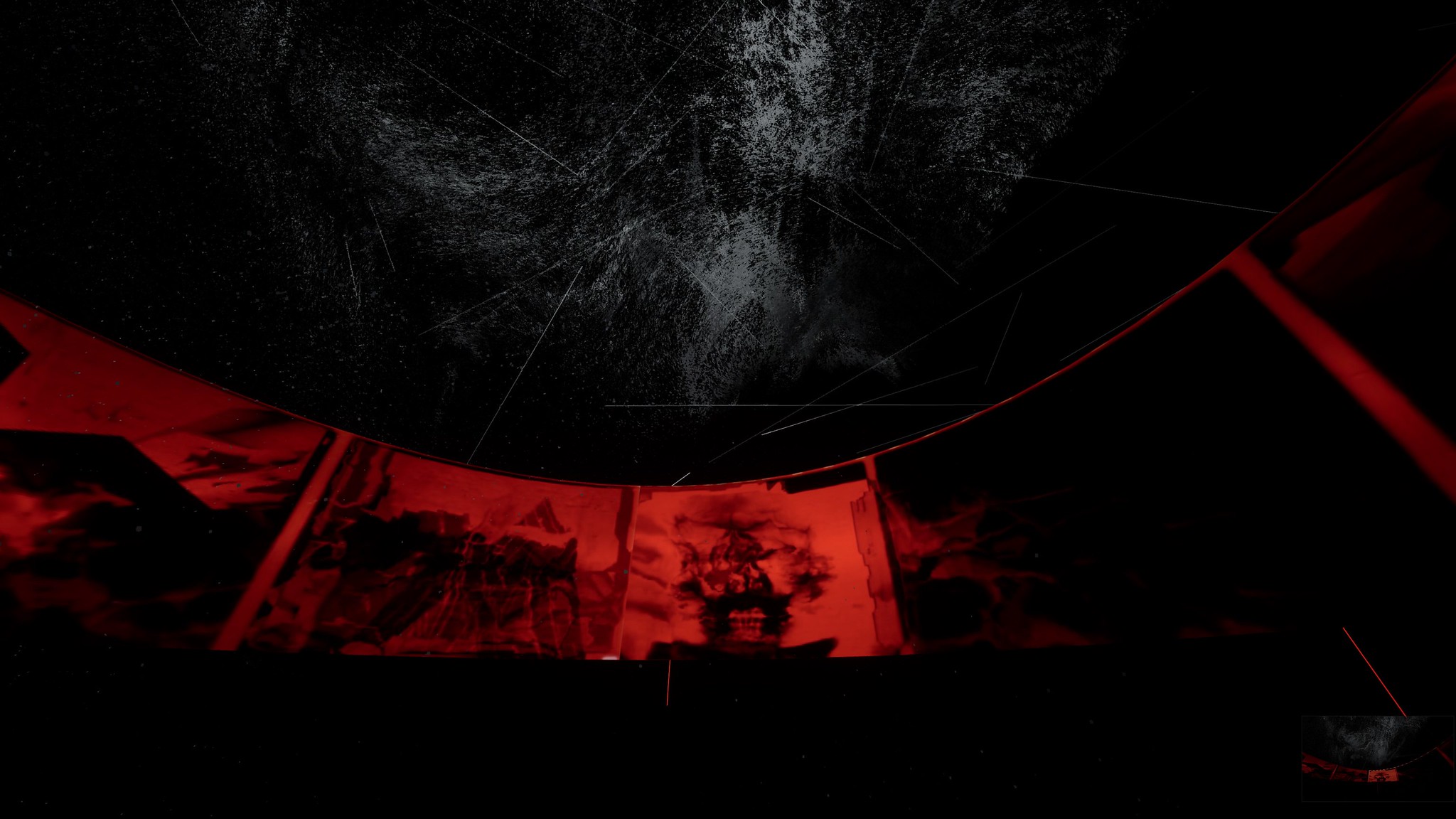 Did you like this?
Share this story
Join the Conversation
But don't be a jerk!
Please be kind, considerate, and constructive. Report inappropriate comments to us_playstation_blog_moderation@sony.com
18 Comments
Free on Epic Games
Free on all platforms.
I love Radiohead. One of my favorite bands.
What is this? Can people visit the virtual installation? Is it free, it is a product?
It’s a virtual installation and it’s free.
Can’t believe Thom wrote a PS blog post, really excited for the exhibition!
Please, come to Argentina again! I’d pay ridiculous amount of money to attend.
Very cool to see a “Part-time Driving Instructor” and “Flange Regulator” take time out of their day to write this, indeed! Hah.
Definitely excited to check this out.
It’s free on PSN
See kids Radiohead was this mostly experimental band that did some interesting things, lost their minds a little in politics, but produced some interesting art. They had a radio hit that was a little different for them (like the hot rock band with that one slow song that gets radio play) but drew you into their amazing work. Mostly a Gen X very very old Millenials thing. But check it out.
Lots of zoomers like Radiohead too! I see young kids at the show. The internet has flattened access to information like that.
Surreal and wonderful! Kid A and Amnesiac were the soundtracks of my life at the time: a vital/insane career move to Austin, TX, which ended ignominiously during the great dot-com crash in 2001 (now: everything’s in it’s right place). I can’t wait to jump into this tonight! Thank you Radiohead!
I think you guys made the right call by making a digital exhibition like this and, frankly, I hope it becomes the norm for cool stuff like this!
Lots of us don’t live in London, New York, Paris, Los Angeles, Tokyo, or Milan, so we miss out on awesome things like this.
I now have a fantastical Radiohead/Donwood exhibition in my little studio apartment here in Central Ontario, Canada that I can revisit anytime I want. How cool is that?
This is a great exhibition that will live long past the permits and contracts that the red shipping container space ship thingy would have succumbed to.
After a few mins in, I’m in love. As a longtime Radiohead fan who has seen the band live 9 times and Thom Yorke 2 times with plenty of little ephemera scattered throughout my place, this is a true dream come true!
Not sure if this message will make it to anyone in charge at Epic/Radiohead/W.A.S.T.E., but it would be *awesome* if you guys would one day release physical editions of this on PS5. LimitedRunGames does 30-day open pre-orders for stuff like this all the time and a lot of fans would love to own this as a little plastic shell on their shelf!
Also, it would be cool if this one day got VR support on Epic Launcher/PSVR.
Cheers
Ugh… Why not PS4?
After just playing this on PS5, there is NOW WAY it would run on a PS$, hell, you’d need a pretty damn good PC to run it even.
Lovely. Will Partake with much vigor.
I have utterly loved this new way to experience the albums and accompanying artwork. Would be great if this was updated with new areas at some point over the next millennium.
More enjoyment out of this free “game” in 30 minutes than I have experienced all week with Battlefield 2042!
Fantastic band with a fantastic repertoire of experimental yet accessible music. I will definitely be giving this a whirl.
You must be logged in to post a comment.
Dave Hulegaard Community Lead, Versus Evil
Ray McCaffrey Executive Producer, Steel Wool Studios
Yasuyuki Oda Chief Producer, SNK Corporation
Teddy Dief Creative Director, Team OFK
Website © 2021 Sony Interactive Entertainment. All content, game titles, trade names and/or trade dress, trademarks, artwork and associated imagery are trademarks and/or copyright material of their respective owners. All rights reserved.